It has its origin with the foundation of MBG by the Junta para la Ampliación de Estudios (JAE) in Santiago de Compostela in 1921.

Today it is located in the parish of Salcedo, at 3 km south of the Pontevedra city, on the top floor of the Cruz Gallástegui building, named in honor of the founding director, and which was designed at the beginning of the 50s to house the new laboratories by the renowned architect from Pontevedra, Alejandro de la Sota. 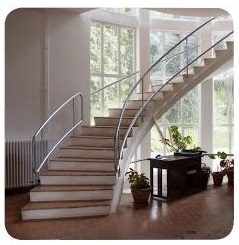 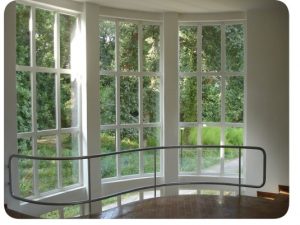 This building is one of the three main complexes located in the Salcedo farm, bought by the Provincial Council of Pontevedra in 1928 to welcome the Mission after having to leave the facilities that occupied the then School of Veterinary of Santiago, before its disappearance and transfer to León.

The land and the Palace (or Pazo) belonged to the Archbishop of Santiago Sebastián Malvar at the end of the 18th century. Born in Salcedo, this was his family residence Among the original buildings, in addition to the Pazo, there is one of the largest granaries in Galicia, a dovecote, a wine cellar, a chapel… 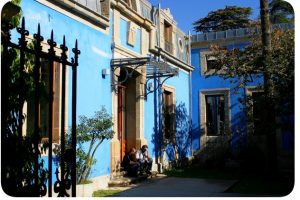 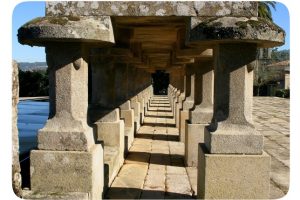 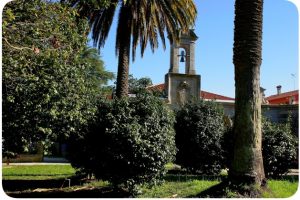 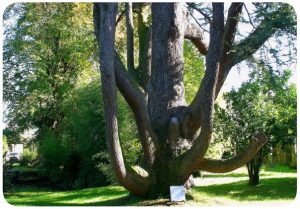 Next to the Pazo there are rehabilitated gardens between 2005 and 2009, that maintain their initial design of the 19th century and in which the conifers stand out, such as the blue cedar of the Atlas and the araucaria of Brazil, the magnolias, some palm trees and the collection of camellias. 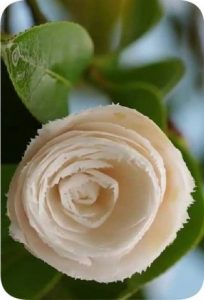 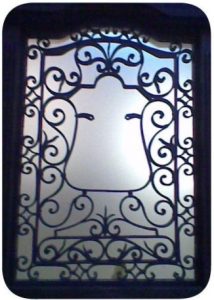 The reading room has 6 tables for consultation, research or group work. Its ceiling is vaulted and the shelves with monographs are fixed in the wall. The large windows overlook the Pazo and the farm. Now it is also the work room of the library-archive staff.

It also has several deposits for less-used collections and magazines. 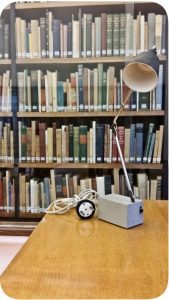 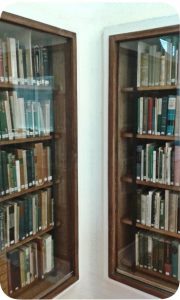 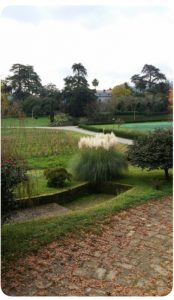 The library has a hybrid collection, with a large number of electronic copies for free reading on the computers of the center and a physical collection with more than 6000 monographs. Most of them are related to the disciplines of the research lines of the Institute, both current and previous, all within the field of agricultural sciences and genetic improvement: biology, edaphology, animal production, plant physiology, agricultural chemistry, botany, climatology, biostatistics, analytical techniques …

We keep books and magazines in the original languages (English and German), selected at the time among the best on biology and genetics: works by Mendel, Hugo de Vries, Morgan, Davenport, Goldschmidt, Wilson, Darwin, Correns, East, Jones … to which are added other classic authors of the applied statistic to the biology, like Galton, Pearl, Fisher … Exemplary of the first Spanish geneticists like Fernández Nonídez (introducer in Spain of the chromosomic theory of the inheritance), Antonio de Zulueta, Fernando Galán… 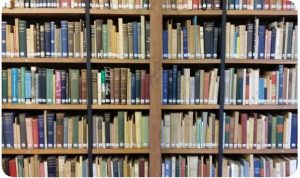 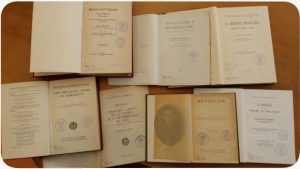 We also have a library of general and humanistic culture, especially from the 20s, 30s or 40s. The so-called “Pazo Collection”, with a thousand copies, today occupies the wooden shelves on the top floor of this building. Many of these books bear the stamp of the Board of Exchange and Acquisition of books and magazines for Public Libraries, created in 1931 by the Second Republic. 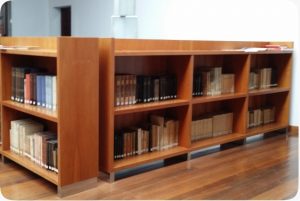 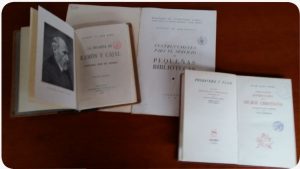 Other books are valuable because of their age or because of their illustrations and photographs. We guard works of the eighteenth and nineteenth centuries listed in the Collective Catalog of Spanish Bibliographic Heritage (CCPB). The majority of our specimens deal with agriculture or botany. 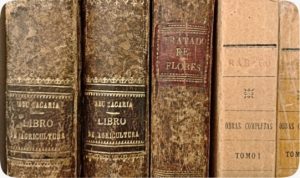 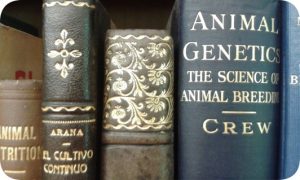 Among them stands out an example of the Essay on the varieties of the common vine that vegetate in Andalusia of Simón de Rojas Clemente of 1879, the most luxurious of the editions of this work, of great originality and influence in the Spanish viticulture. 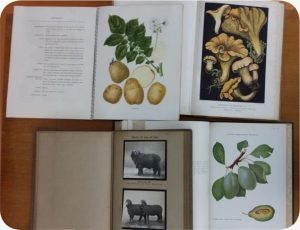 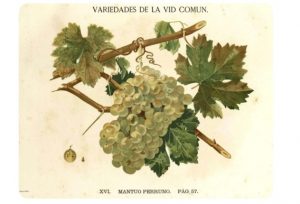 The archive keeps more than 500 titles of printed scientific journals, most of them already closed, since online access to the full text is available for a large number of books, electronic journals and databases. In the reading room, the last issues of the magazine received are shown and the complementary collections are in the warehouses. 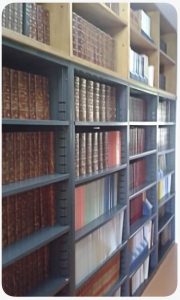 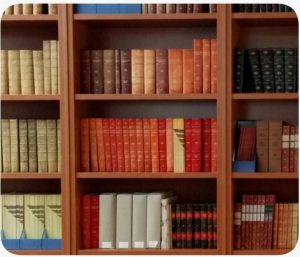